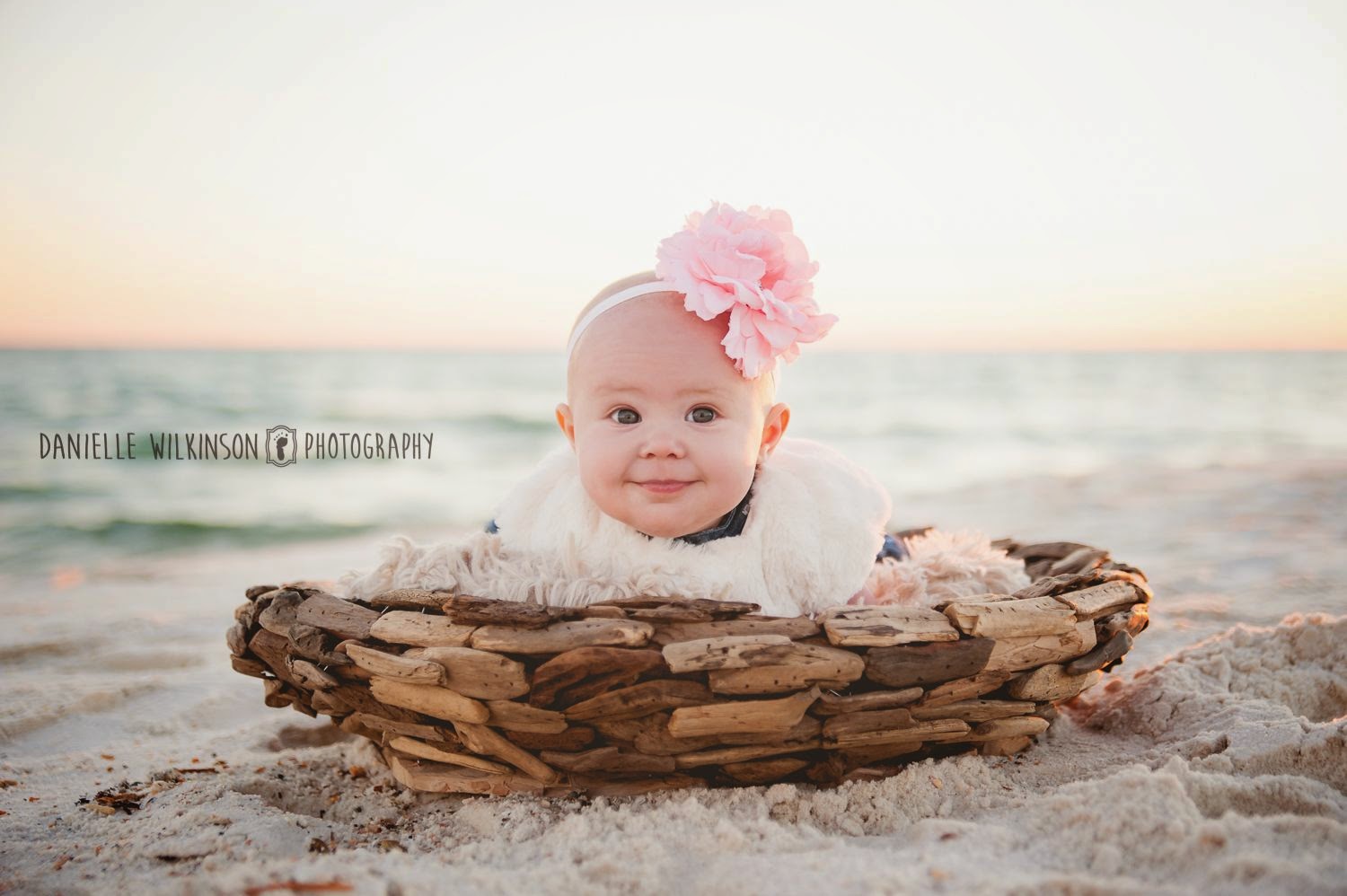 My little Adelaide is six months old! Say it isn’t so! A whole half a year–WTF?! Seriously. It’s too much for this momma…

Adelaide is such a laid-back baby. I guess she doesn’t really have a choice, being the second child. She basically follows along whatever her big sister’s plans are, and is happy to do it. (Although I cringe every time I have to wake her up from a nap to pick Emmalyn up from school.)

There have been many “firsts” over the last six months:
-Trip to the library
-Birthday parties
-Three trips to Disney
-Rode It’s a Small World (twice!)
-Fireworks on The 4th of July
-Met tons of family
-Baptized
-Ballet class with mommy
-Rolling over
-Science Center, Children’s Museum, & Aquarium
-Kid Zone at the gym
-Traveled to: Orlando, Tallahassee, Tampa, Satellite Beach
-Toes in the sand
-Pumpkin Patch
-Met the Blue Angels
-Halloween (you were Anna from Frozen)
-Sat up in a shopping cart
-Swinging in a swing
-Real food

Whew! That’s a lot for a little baby!

Adelaide’s first food was an avocado, just a few days ago. I love the faces babies make when trying food for the first time. I’ve let her little baby gums gnaw on a tangerine and celery stick. She has sucked on a watermelon and apple, and has tried a banana. I haven’t pushed food yet because she isn’t quite sitting up by herself.

We are still exclusively nursing, and to be quite honest, it amazes me that we still are. Six months was my “long-term” nursing goal. Back at the three-week mark, six months seemed like a lifetime away. Now that we are here, I don’t have any urge to stop. I am just going to follow Adelaide’s cues.

I am having so much fun with Adelaide! She is delightful 95% of the time. She loves getting a bath, letting the water trickle down her face, and laughs hysterically when people make funny faces and noises. The only time she cries is if she’s hungry, wet, or overly tired. She is very easy to bring with me wherever I go. She is still waking up a few times a night, but at least she goes right back to sleep after nursing. I look forward to the day that we are both sleeping through the night, but I know this is only a short phase in the long-run.

My favorite part about having another baby is seeing the interaction between my two daughters. Emmalyn is obsessed with Adelaide, and Adelaide just admires her big sister. Emmalyn loves to hold and make her laugh, and it melts my heart every time. I wish I had a permanent videographer following me around to capture these precious moments for me!

Six months has gone by way too fast. I know it sounds cliché, but it’s the truth. Adelaide makes me so happy, and I can barely remember life before her. She’s a blessing to our family, and I love her so much!