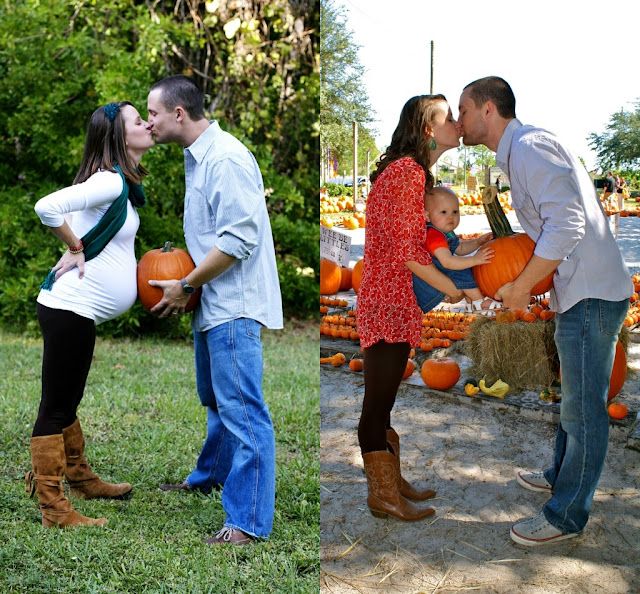 Photo on left by Marissa Poulter.

Florida was on a huge thunderstorm and tornado alert yesterday, which had us cooped up inside all day. If you’re a seasoned Mama, you know how stir crazy it can make you–especially with a sickly little one. If you read Emmy’s 11th Month post, you’d know that she’s been feeling particularly under the weather. Since last Wednesday to be exact. {hence the reason there was no ‘formal’ sticky-belly pic}& she’s been running a fever on and off all weekend. As a mother, it’s so hard to see my little love in such discomfort.


We’ve just been bumming it around these parts lately; & if there’s anything to like about my baby being sick, it’s the extra snuggles and “ma-ma”‘s. But honestly, none of that even matters when your baby is running a 105 degree fever.

You read that right. One. Oh. Five.

Yesterday, I knew my baby bird didn’t feel well at all when she wasn’t standing (or even sitting) up at her crib when I went to get her from her nap. She was crying and crying, and wouldn’t stop even after I picked her up. When I saw those three numbers on the thermometer screen, my heart immediately dropped to my stomach. & panic settled in. Wanting to make sure I had an accurate reading, I took it again. Same number.


I could barely finish changing her diaper, as I turned my head away from my very miserable daughter and lost it cried. It was one of those cries where no sound comes out because you don’t want anyone to hear you. I felt like my heart was about to burst out of my chest, it was beating so hard. Immediately I called Blake, who was working at the hospital (3rd year med school rotations). I collected myself enough to call the pediatrician’s office, where the nurse told me, “You need to take her to the emergency room.” I could barely let out an, “Okay,” before hanging up and crying hysterically. It was no surprise to me. I mean, I knew that’s what she was going to say; but thinking about it, and actually hearing those words are two completely different emotions.


Everyone always says that you’re going to go through something like this as a mother at some point, but Geeze Louise! No one ever said how mystifying it is. By this point, I’m running around like a crazy person, throwing things into a bag. Bottles, formula, clothes… I, myself, was wearing leggings, a long-sleeve shirt, house shoes, tattered hair thrown up into a poor excuse for even a messy bun, and a very red & blotchy complexion.


When we got to the hospital, we went straight to the clinic, where B knows the residents. This way, if we had to be admitted, we could by-pass all the waiting. Her temperature was 101.8 by that time, which calmed my nerves just a bit. We were beginning to think the thermometer might have been slightly inaccurate? Any who, my sweet baby girl was still crying, but who could blame her? On top of already feeling so shitty, she’s being poked and prodded by strangers.


We basically had a couple of choices: 1. Go home with tylenol and motrin, and if she wasn’t getting any better, take her to after hours pediatrics. Or, 2. Take her to the ER.


Since we were already at the hospital, we figured we might as well take her downstairs to the ER. Thank goodness the resident called ahead for us. We were seen right away. It was so heartbreaking to see Emmalyn screaming when she was whisked away by nurses who stripped her down to take her temperature. It’s something I hope I never have to see again.


We didn’t have to wait too long to be seen by the ER doc. She was very kind and sympathetic to us, which I really appreciated. After a while, you could tell the motrin had kicked in because Emmy started waving and clapping her hands. It was almost as if she were saying, “Great job, Mom & Dad! You passed the emergency test. Way to go!”


I just rested my head against the wall and sighed in relief.


Walking to the car, I was surprised to see it still hadn’t started storming yet. Reports had said it would be storming by 3pm, with tornado watches. It was 6pm. When we got home, Emmy enjoyed her evening bath, bottle, and story-time. (As much as a little girl can when under the weather.)


While rocking her in my arms before laying her down for bed, I prayed to God once more, for watching over and protecting my little angel. I thanked Him for keeping us out of the storm’s way. & I kid you not, the song that was playing right then and there on the Easy Listening TV music station in the other room was “The Sun Will Come Out Tomorrow.”


I thought to myself, Yes. Yes it will.

& you know what? It was 81 and sunny today. & my baby girl is on her way to feeling better. Slowwwllly, but surely.

I love ya, Tomorrow. You’re always a day away…

Emmalyn Grace
you are
11 Months Old!
{10.17.11}
The fun never stops with you, little love. This month, you got to meet a lot more great aunts, uncles, and cousins. We’re so grateful they were able to travel south for your Auntie Shell’s wedding. We were also so thankful for you to be a Flower Girl in the wedding. Mommy and Daddy didn’t have high expectations for your behavior during the ceremony since infants are so unpredictable, but Emmy Grace–you were an angel! Daddy carried you down the aisle alongside cousins Lucas and Rebecca, and you sat on your GG’s lap and didn’t make a peep the entire ceremony!! 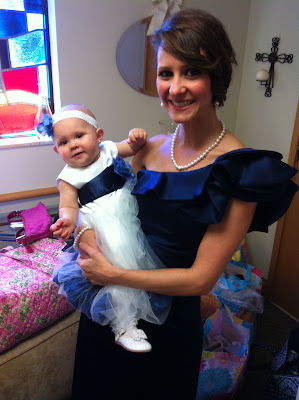 Seeing you in the beautiful dress simply melted our hearts. 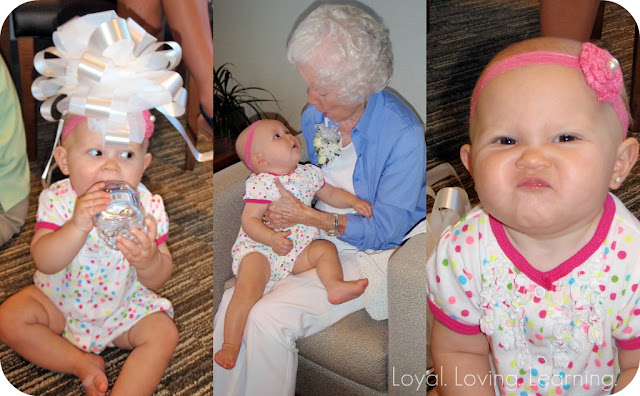 The Florida Sunshine is still here, but it has cooled down enough to play outside in the middle of the day. Recently, we’ve been taking you on stroller walks to the park one neighborhood over, where you love to swing. 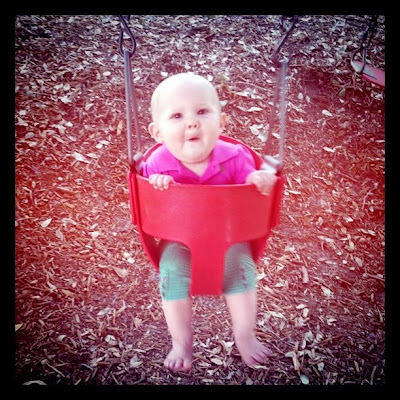 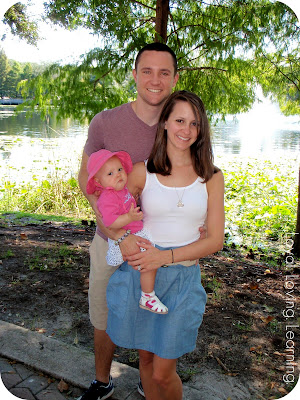 One thing mommy does not like about this month is now you try and stand up in the shopping carts. Never mind the fact that you are strapped in to your cart-cover, which is strapped in to the cart seat. You scoop those pudgy legs into your chest & push yourself up. & you are quite persistent, my dear! It’s made a few shopping trips extra challenging, to say the least. 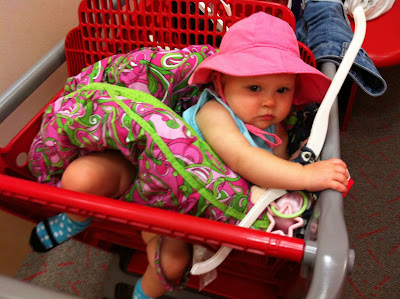 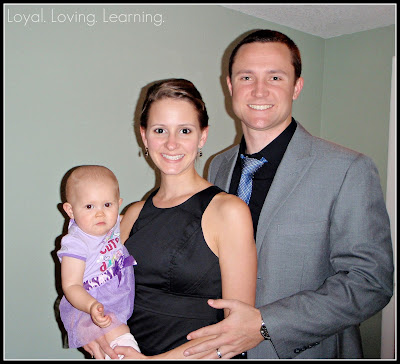 This month unfortunately brought you a notsofun stomach virus & major diaper rash. You were miserable, and mommy was very sad for you. But! I must say, I’m proud we made it almost a year without you getting anything more than the sniffles. You’ve soaked up a lot of Mommy TLC the last few days! Since you were sick, you missed your cousin Lucas’s 3rd birthday party 🙁 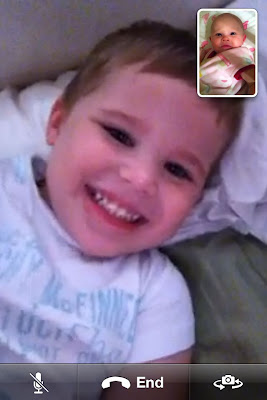 Mommy took you to the doctor and you weigh 17.8 lbs! Who needs to go to the gym when they have you to carry around all day?!
Can you believe that you still don’t have any teeth? You have gotten so much stronger at standing on your own. You don’t even hold on to anything anymore to do so. 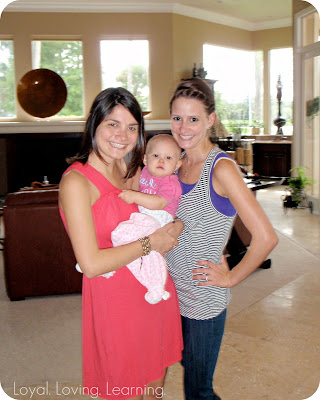 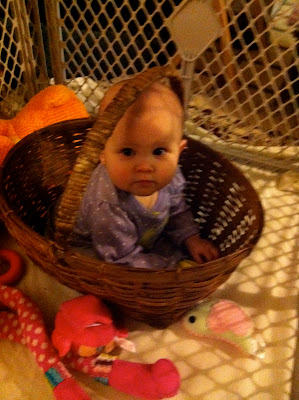 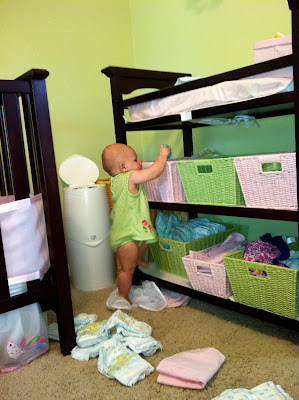 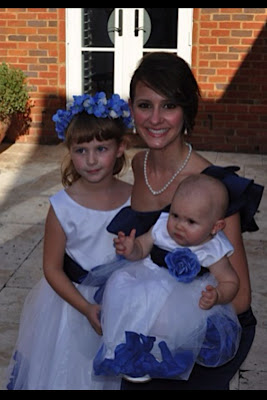 I’m so proud of all your accomplishments, and am looking forward to celebrating your first birthday with our many friends and family!!

I love you so much angel baby!
Forever Your Mommy….

An entry from my journal while being hospitalized for postpartum depression:

I want to get better so bad. I just want to feel like myself again. I want to be able to joke, play, be social… I’m scared I’m never going to get there. I have heard, as well as read, numerous times that this is not forever. And while I believe it’s true, I also don’t at the same time. But I have to keep believing and staying strong.

I have to remember the good in life. I’ve been so blessed–I can and WILL get through this.

I finally received my bag of clothes that my parents dropped off. Unfortunately, visiting hours are only on Tuesdays and Saturdays so I wasn’t able to see them. I had to wait about an hour for someone to take inventory on my belongings. It was strange watching this happen. A girl took each item out, unfolded it and examined it. She even had to cut the string out of my pajama pants. My toiletries have been locked up and I must ask to use them. This is so surreal.

My journal entry the first day of being hospitalized:

This is the hardest thing I’ve ever had to go through. I am scared. I’m dumbfounded. This isn’t me.

I have postpartum depression. At four o’clock this morning I was admitted to the hospital. I can’t believe this is happening to me. I don’t belong here. I’m not like these other people. Only, I sort of am…

I’m here because I was having suicidal thoughts and thoughts of harming my baby. Oh, my dear precious baby, Emmalyn. Only 7 1/2 weeks old. I love her so much–my heart just can’t contain itself. I’m doing this for her. I want to get better for her.

This whole thing is just so surreal. I never, ever, in a million years thought this would happen to me.

I feel so alone. This place is worse than I imagined. It’s like how you see it in the movies. There are people in gowns and socks, roaming the hallways in the middle of the night because they can’t sleep. Some even look like zombies.


I met a girl named Kaite. It’s her real name, too, like me–and she’s also 24. She welcomed me this morning with a cheerful smile. She kept me company while I ate decent scrambled eggs and almost stale toast. She shared with me that she’s bipolar and has been here three times now. A former cheerleader, she was very talkative and comforting. It’s just hard to differentiate if she’s more like me, or “crazy.” I guess I shouldn’t be quick to assume either way. A part of me wants to open up to her, but for now I have my guard up.

This place is depressing. How ironic is that? All there is to do is watch TV, read, journal, sleep… I need movement and activity. Don’t even get me started on the rooms. Fortunately I have my own room at the moment, but I haven’t decided if it makes up for the fact that the matresses are about 6 inches thick and the pillows are paper thin.

After all of my paperwork was completed, I was finally able to go to sleep. I had been up for 23 hours.

I thought I’d fall right asleep, but I was scared. I was afraid someone was going to wander into my room in the middle of the night. I just prayed to God to give me the strength, then I cried myself to sleep.


I have mixed emotions about the latter. Sometimes when I re-read my journal entries I feel tense and sad–to put it simply. & other times I feel proud and accomplished. Looking back, it amazes me how I could ever have felt the way I did, as well as go through all that I did… but it also amazes me how far I have come in less than a year.