No, I’m not talking about the [trashy] VH1 show; I’m going to NEW YORK! In six short days, I’ll be on my way to the city that never sleeps. Why am I going to New York? ….To see my best friend since preschool! Dana and I were in the same class together from kindergarten to eighth grade. (Seriously!) We then went to separate high schools and were an hour and a half away for college, but we still managed to talk on the phone every week, as well as visit one another. We have a kind of friendship that will surely last a lifetime. Don’t you love friendships like that?

Dana now goes to grad school at Columbia in NY, and I’m sitting pretty on the West Coast of FL. Any way, now that we’re getting older, it’s just going to get harder and harder to see one another. Who knows where I’ll be living in three and a half years when B does his residency? So… I had a last-minute four day mini-vacay from work and decided—what the heck?! I’ll fly to New York.

I’ve been to New York a couple times before to take dance classes at Broadway Dance Center, and again for my grandmother’s funeral. I’ve done most all of the touristy things. This time, I want to do what New Yorkers do! However, I’ve yet to go to Central Park (my parents went without me while I was dancing). AND, I’m so excited because for my birthday (coming up next month), Dana’s going to treat me to a Broadway show! I’ve seen several so I’m really pumped to see something new.

Dana called me the other day to plan my visit and this is what we’ve come up with so far:
*Ice skating at Rockefeller Plaza (okay, it’s touristy, but hey! I’ve never gone to NY in the wintertime)
*Central Park
*Shopping at H&M (a must)
*See a Broadway show
*Go to a wine bar
*Eat at Little Italy (I loooove Italian food)
*Go to Times Square (again, it’s touristy, but the atmosphere there is just awesome)
*Go out to a bar or club that only New Yorkers would know about (I’m really not a club gal, but I think it’s a necessity to get the full effect of being a New Yorker)
*Take lot of pictures

Like I told Dana, I’d rather spend my time there creating memories with my best friend, than spending lots of money sightseeing. What are some things you like to do when you go to New York, or wish you’d done?

One thing that irks me is the airlines now charge you for your luggage. What’s up with that?! (P.S. I hate flying. I know it’s supposedly safer than driving, but it still scares me.) Any who, I’m determined to NOT have to check-in any luggage. I’d rather spend that money in New York. I’m determined to fit everything into my carry-ons. I’ll just borrow some of Dana’s things—what are best friends for, right??

Well, I leave next Thursday, and I’ll be sure to report on my adventures. You never know, maybe I’ll run into Chuck and Blair from Gossip Girl?
“Start spreading the news, I’m leaving [today] Thursday. I want to be a part of it, New York, New York.”

Accomplished:
#10. Join a gym. (I recently joined our local YMCA. It’s awesome because it’s literally right next door to B’s med school.)
#36. Go pumpkin picking. (You can witness below!)

I can’t wait to knock some more off my list.

I always forget how much I love Fall! Just a few short weeks ago, B and I went to a pumpkin patch and petting farm out in the middle of nowhere… literally! It was a lot of fun, except for the part where I got attacked by fire ants in the pumpkin patch 🙁 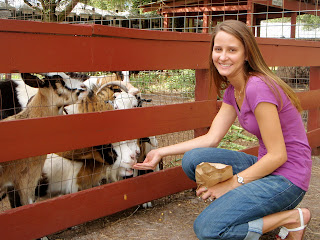 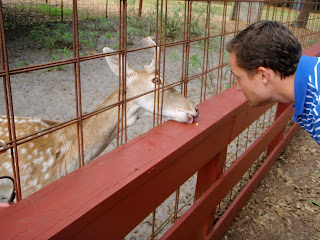 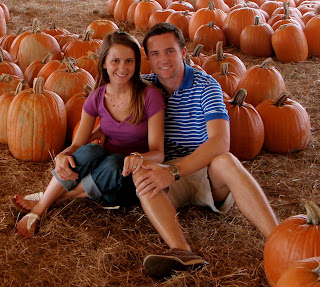 AND…. Here is what B and I dressed up as for Halloween. Originally, I wanted to be Hermione Granger, since I have a new-found respect (and love) for Harry Potter, but we literally waited until the day before to put together our costumes. That’s what being a full-time nanny and first year med student will do to ‘ya! I think we still managed to pull off some “rockin” Halloween costumes… 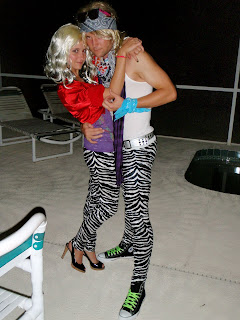 I hope everyone had a fun and safe Halloween. I don’t know about you, but I can’t wait for Thanksgiving! Do you think it’s too soon to start playing Holiday music?!